Shay Hazan
Celebrating the new single at the Kuli alma!

After playing and recording with the top musicians in Israel and at the same time burning the jazz stages in Israel and Europe. The producer and bassist Shay Hazan comes to Kuli Alma to celebrate the first single from a new album, which puts the Guimbri – a traditional Moroccan bass – in the center.
Shay’s music is wrapped in a unique mixture of Moroccan flavors, beats from the world of hip-hop and afrobeat, wind instruments and synthesizers that float above the unique musical space created. And in the upcoming album, he also brings into the mix collaborations with various artists in the local scene.

Celebrating a new single ★ A F R I K A

An exciting and refreshing collaboration with the African groove prince Gili Yalo, who returned from a U.S tour just in time to celebrate the release of the song and will be joining for a premiere performance together with me and the band at Kuli Alma! 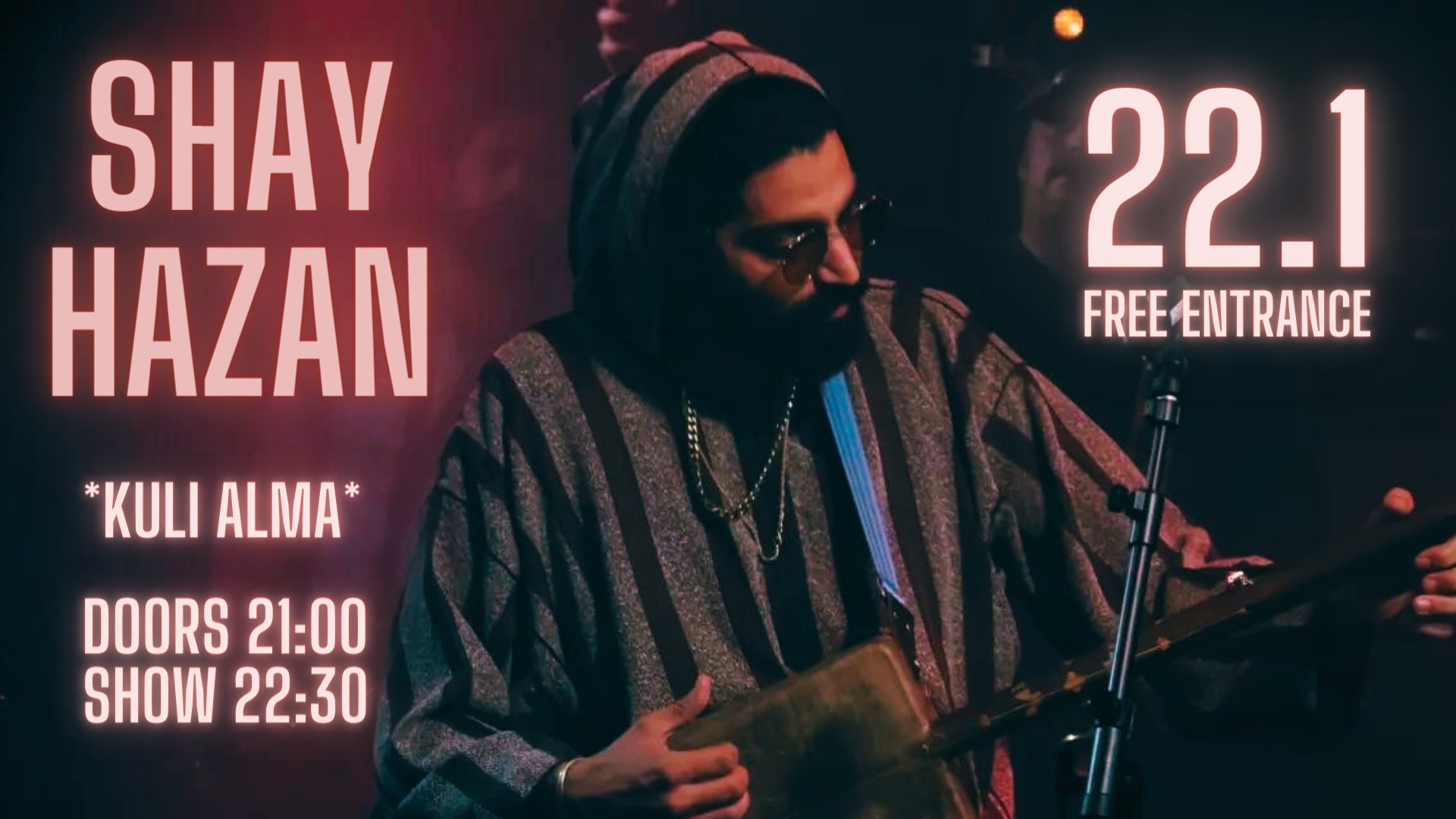 RSVP HERE
BACK TO HOME